Fragments of a Self-Portrait in a Broken Mirror

I’ll admit it: it took me a while to shatter the mirror. I guess it’s easy to be contented by the fake certainty that the image it reflected is a solid, wholesome portrait of myself.

It took me even longer to collect the uneven pieces of this mirror and look into them, one by one. Because I knew that when I did, I would find myself dismembered in little pieces, partial, broken and vulnerable. Many little portions of me that created, altogether, an anomaly.

Why was I afraid? Well, I did invest a lot of time and energy in building up the portrait that the mirror was giving back to me, and it is hard to tear it apart. This little piece, for instance: I come from a modest, working-class family in a small town in the Western edge of Catalonia – sunken in fog all winter, burning under a merciless sun all summer. I discovered my desire for other men the moment my emotional conscience emerged, and by ten I was restlessly looking for ways to find those desires verbalized. I found solace in the poetry that I was finding in bookstores and libraries, randomly, following a queer intuition: Cernuda, Lorca, Whitman, Cavafy, Sappho, and others, became my new family. Under their literary wings I grew stronger and less of a coward, and I finally decided to come out at school, in my family, with my friends. I was fifteen, and things were not that easy then and there. So at seventeen I packed my bags and moved to Barcelona. By then I already knew I wanted to write, to teach, to create, to learn and to communicate: I wanted to become, in the future, a voice for other kids like the one I was then.

Walking the streets of Barcelona for the first time: another shattered piece of the mirror. I was tremendously lucky at the beginning. Since I did not have much money and I was doing very well in college –I loved literature, so reading and studying was a pleasure–, my tuition was paid by a grant from the Spanish government. Also, very early on I started working in wide range of jobs, all of them related to writing: ghost writer, translator, journalist, and screenwriter. This gave me an unexpected amount of freedom and independence. Somehow, I always thought that, if I really wanted to, I would manage to achieve what I wanted.

I remember the moment that this other piece in the mirror reflects: as I was finishing my degree at college, a professor came to me and told me, with a bitter smile on his face: “Listen. No matter how brilliant a student you are, no matter what you do, you probably won’t make it. I mean, look at those who really succeed: they have powerful families backing them. These families always help each other, and they populate all the important positions. And who’s backing you? No one. You are all by yourself. My advice is, don’t get your hopes too high.” This happened a few weeks before graduation, which is a moment of panic for many students (Ok, I made it. Now, what?). I decided, nonetheless, that I would not give up: after all, I had managed quite well so far, and my dream was intact: I still wanted to be a voice.

Here comes a gorgeous piece in this broken mirror, one that I recall with fondness. As I kept translating and writing articles and chronicles for different magazines, I began taking my creative writing more seriously. I started publishing short stories, and when I turned 24 El llibre rosa (The Pink Book), my first book, saw the light. The Pink Book was an ambitious, and in many ways, naïve, chronicle of LGBT lifestyles – from the pioneer voices of activism to the struggles against homophobia. It dealt, or tried to deal, with issues such as coming out and creating a community. It was the year 2004, Marriage Equality was at stake in Spain, and not much had been published about these issues. The reception of the book was overwhelmingly positive – the hundreds of emails I received, from people of all ages and genders that thanked me for providing comfort and resources to make their lives worth living, are the biggest reward that I could get for writing that book.

At 25 I felt strong, in solid ground. I had lived in Barcelona, with shorter stays in Washington DC, Mexico City, and Brussels. I had written and I had been published. I had also finished a second degree, in Theories of Literature and Comparative Literature, and started both a PhD in the Humanities and a master’s degree in Cultural Management. I was making my living by translating books and art catalogues while undertaking new creative projects.

And then, all of a sudden, everything collapsed.

The mirror is shattered in smaller pieces at this point of the story. A detonation: after years of stumbling, although somehow standing still, the relationship I was committed to finally crossed the boundaries of a slow and unbearable self-destruction. I got lost in the dark realm of depression. It took me a few months, and the anger generated by a bungling therapist that insisted that my only problem was not accepting myself as a gay man, to raise again. Somehow I managed to complete my master’s degree, but I gave up the PhD, unmotivated by the low level of some courses: better academic opportunities will come, I thought.

This next little piece shows a crucial turn of the events. One Sunday morning I realized that position opened at the Teatre Nacional de Catalunya, one of the most prestigious cultural institutions in Barcelona. I applied for the job, and was (to my own surprise) accepted. At the TNC I spent eight wonderful years, working as an editor, curator of cultural contents, and participating in the creative process of plays and performances. Until then a mere theatre aficionado, I learned to truly understand the scenic arts from within: how a play is written and staged, how ideas flow and are articulated during the rehearsal process, the importance of team working, the intangibility of the performance, the means to accept the affects flowing both onstage and among the audience.

However, after eight years, I started to feel the stagnation. I had set my writing and academic career aside due to the demands of the job. And I did feel that I needed new motivations. I remembered the dream of becoming a voice. Where had it gone?

I guess, as I am finding in this other piece of the mirror, that the dream was waiting for me right where I left it, in the academia and in creativity. I decided to recover my goal to study a PhD. Many friends and family did not fully understand the urgency to quit a steady job in the middle of the economic recession to pursue an uncertain terrain, but I wanted to give my life another try. I applied to different universities in the United States –the challenges of doctoral education in the North American academic institutions appealed me– and accepted the offer from the University of Chicago. I felt kindred with Chicago, a city that I had recently visited and that offered me, besides academic excellence, a wide range of cultural thrills, especially in the scenic arts.

I will admit this: it was not easy to leave my job, even if did not fully disengage from theatre – in 2013, I co-founded Terrats en Cultura, Barcelona’s Scenic Arts Rooftop Festival, a project that has been growing from the very beginning and that it’s still thriving. It was not easy, also, to move to a different city, a different country, a different continent. The voice of that acrimonious college professor still resonated in my head: “No matter how hard you try, you won’t make it.”

Looking back at the pieces of this broken mirror with the perspectives that time gives us, I decided to continue my journey, after realizing how incomplete it was. Yes, I had started a precocious career as a writer and an academic, but I eventually set it aside in order to adjust to the comfort of a steady job in the scenic arts. As an active member of several LGTBQ associations, I had been an activist for LGBT and queer rights, but I was still reluctant to give up on the artificial construction of masculinity that I developed, I believed, in my school years as a way to resist bullying.

All this I tried to question and reformulate in Chicago. I read and researched as much as I could, not only in literature and theatre, but also on queer theory and activism – in this regard, the course with Lauren Berlant was a true awakening. Queer thinking helped me see how our society naturalizes laws, regulations and binary constructs that we end up accepting as ontological, given realities. I started interrogating myself in every possible way – accepting evolutions, rejecting old certainties. I wrote articles (in and out of academia) about this processes and ideas, because I believe that the privilege of having an advanced education comes hand in hand with the responsibility to transfer it back to the society.

I also kept my commitment with creativity: as I advanced in my PhD, I completed my first novel, Ya no estoy aquí / I Am No Longer Here. I was reborn as a writer and as a queer person. The unbroken image that the mirror reflected did not represent me anymore, so I finally decided to shatter it.

And here I am, here are the fragments of me. Scattered. A mosaic of bits and pieces, an extensive combination of possibilities, looking forward to embrace new challenges. Somebody once told me that as painful as it was to be brave, it always paid off. Always keep that in mind.

The pieces of the mirror cannot reflect completeness. I don’t need that anymore.

I am my own anomaly now. 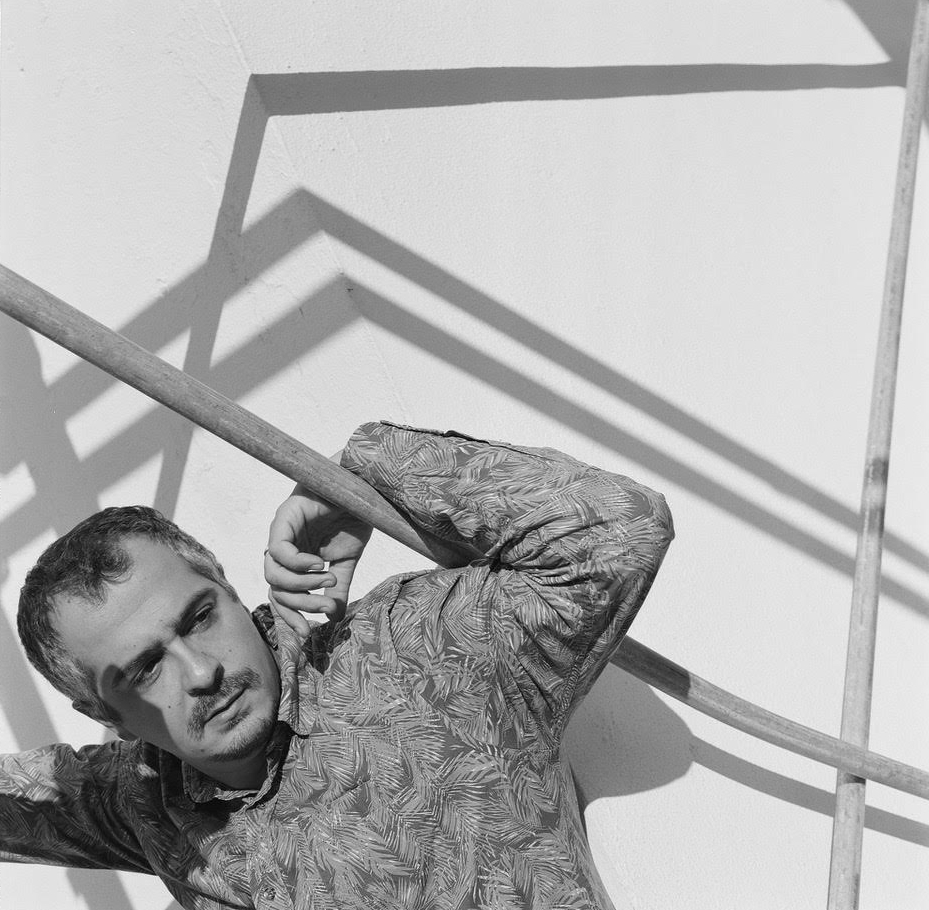